Mikhail Aleksandrovich Vrubel’s depictions of the Resurrection appear to have been painted only decades ago – certainly not more than a century ago?  His still-fresh compositions invite true contemplation.

On the other hand, his images of demons – although again, appearing quite contemporary – even now, over a century later, are so vivid that even a jaded modern viewer cannot help but be simultaneously drawn in, yet somewhat repulsed.

Similarly, his Seraphim, while suitably wondrous, is nevertheless somewhat foreboding, reminding us of our mortality. 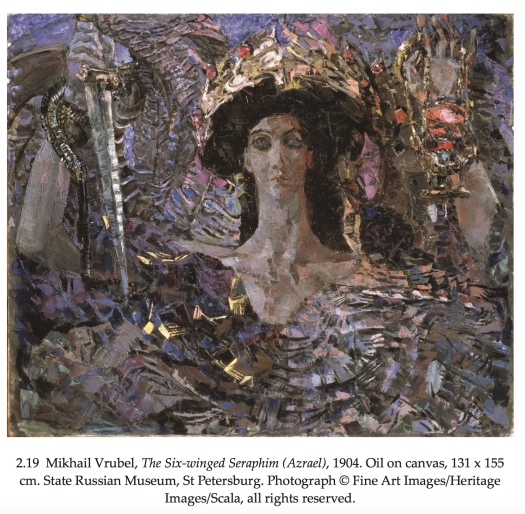